Kenpō Nagasaki is a bimonthly kendo publication available to subscribers in Nagasaki prefecture. Each issue features shiai and seminar reports and articles by sensei on various topics.

Recently the magazine featured statistics about dojo in Nagasaki prefecture, including a survey on how many dojo have kamidana or Japanese flags at their shōmen. I have translated the statistics from this section of the survey here:

It is interesting to note that 43% of dojo have neither a flag nor a kamidana, and only 8% have both. This is in contrast not only to the western image of Japanese dojo, but the to general Japanese image of dojo as well.

In the accompanying article, Baba Takenori sensei writes that although they are still closely associated with dojo in the Japanese mind, kamidana and flags began to disappear from dojo following Japan’s defeat in WWII. He also notes that there has been discussion on whether it is constitutional for dojo in public institutions to use kamidana. To counter this he cites a case from 1983 of a kamidana in Minaminobuoka station (国鉄南延岡駅神棚事件) where the Japanese Supreme Court ruled that praying before the kamidana was not strictly religious but an institutionalised practice, and was therefore constitutional. Baba sensei finishes by calling for a deeper consideration of why we bow to shōmen and what that bow actually means.

This final point is interesting.  It is fairly clear that deep understanding of reigi in kendo is not nearly as widespread as it used to be. This is especially noticable amongst younger kenshi, who often give the briefest of bows or omit reigi altogether when the sensei doesn’t insist on it.  It isn’t such an important part of kendo for them – perhaps, like kata, they view it as boring and irrelevant.

Baba sensei clearly makes the point that bowing to a kamidana is in and of itself not religious. However, it is a part of respect for the art and the tradition. This perhaps means that a kamidana is not necessarily required, but its presence contextualises the rei. Again, it comes back to understanding.

I have found that my experience in iaido has given me better awareness of reigi than some kendoka with many years more experience than me. Using a sword instead of a shinai gives a little more insight into some things (like turning the blade towards oneself rather than anyone else, not pointing the kissaki at shōmen and more). Of course this does not mean that all iaidojo emphasise reigi more than kendojo, but in my personal experience iaidojo spend more time working on perfecting reigi sahō, which naturally leads to more lessons in why certain things are done (or not done).

Some of the old-fashioned etiquette in dojo can be as alien to Japanese people as it is to non-Japanese (similarly, how many Japanese these days know the correct way of praying at a Shintō shrine?), and the reasons behind the actions are often unclear.  I would also suggest that a lack of understanding may be the very reason why reiho is often neglected by younger kenshi. But even if our outer form is perfect, without proper understanding of the context, is it really rei? Or are we simply ‘going through the motions’? 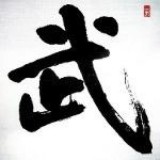 Sadly many dojos in Nagasaki have moved away from traditions. The opening reishiki is one of the first things to go apparently.

I am curious how they counted kamidana and flags. My son’s dojo, Kaminiagasaki Kenshikai has them both, but my high school (Nagasaki East － 長崎東高等学校） only has the kamidana in the dojo, but flys the flag at the school entrance and above the dojo in the gymnasium. 16 Of 34 dojos just seems high.

Flying a flag on the school may be mandatory based on the prefecture but its probably not in the dojo because teachers don’t want it there (i’m assuming its a senyo kendojo).